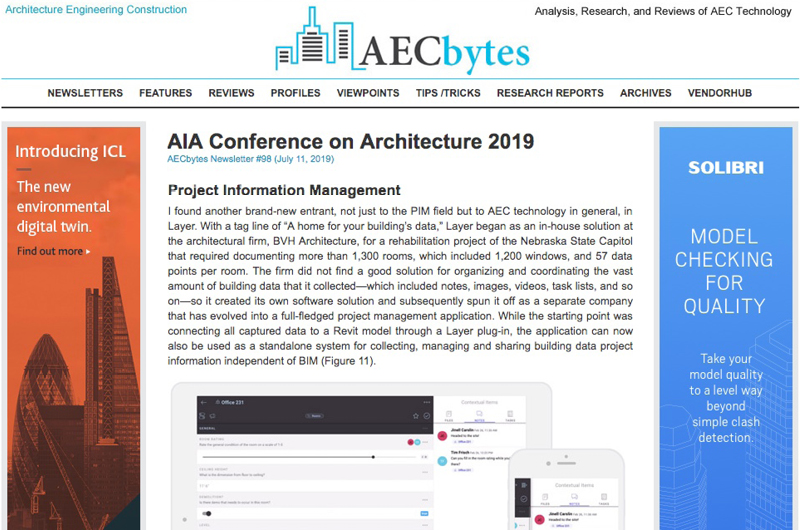 We were thrilled to learn that Layer made the list of notable software at A’19 compiled by BIM experts AEC Bytes. We had the awesome opportunity to demo Layer to editor Lachmi Khemlani who sees Layer’s incredible potential for not only the AEC industry, but for CRE professionals as a standalone app.

“While the starting point was connecting all captured data to a Revit model through a Layer plug-in, the application can now also be used as a standalone system for collecting, managing and sharing building data project information independent of BIM.”